K’oben is a product of two anthropologists enamored with the food, technology, history, and peoples of the Yucatan peninsula.  Both of us have done field work in Quintana Roo and were looking for a way to incorporate recipes and histories that make the Maya of this region unique from the other Maya groups more often referenced in ethnographies.

A few of the final chapters reflect on the current state of affairs with food in the region…junk food, tourism, and UNESCO designations are the current hot topics.  It’s a great read for those interested in history, culture, and food of the Maya peoples.

As I hypothesized…Mexico is not so much using the UNESCO protection of their ‘indigneous’ gastronomy to increase the health of their population so much as to increase tourist dollars on the backs of their indigneous population in yet one more way.

Also note that there are only two people dressed in traditional clothing and those are the two performing manual labor.

I’ve been warning about the way this would be employed since before it was approved.

Goodbye to a friend and mentor

Just a post to say goodbye to the kindest and most generous dissertation advisor a person could want.

If you knew Brian through the UT community, I hope you will join us this Thursday, May 1st from 4-6 in the ART building courtyard to say goodbye and share memories.

The world is poorer without you in it.   I wish I could share these first years as a professor with you and gain even more wisdom from your advice as I travel this new path.  Thank you for getting me this far.  I will think of you often particularly when I am looking to share a chat over some good food.   I think you would be pleased to know I will teach the Anthropology of Food as well as a Mesoamerican Cultures class this coming year.  A part of you will be in each lecture.  Thank you. 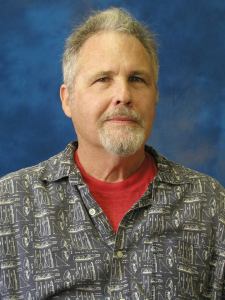 Heritage, Food and Identity in Mexico

Heritage, Food and Identity in Mexico

I will be defending my dissertation Monday, March 3rd – small conference room on the 5th floor of SAC.  “Consuming the Maya:  Eating and Being in the land of the Caste Wars.”  Yes, there will be libations after.

Focusing on food, identity and Bourdieu!

Food draws people into the web of life and touches upon everything that matters: it expresses personhood, marks membership (or non-membership) in practically any kind of social grouping and draws lines of where morality begins and ends. Yet, food can also signify very different things from place to place, from kitchen to kitchen and from one time period to another. Social changes – such as peoples on the move (nomads, migrants, tourists), changes in intergroup relations within societies, new technologies (in mass media, biotechnology), mass production of foods and increasing globalization of foods and war – have been relatively neglected in food studies.

Food is a powerful lens for analyzing identity. This is clearly illustrated in the works of food studies that include Bourdieu’s inquiry into the taste and preferences of the French bourgeoisie and Mintz’s pioneering historical study of how high status sugar produced in the Caribbean became a working class staple to the exciting growth of more recent works by Appadurai on how to create a national cuisine and Wilk’s scrutiny of the complex culinary reactions of Belizeans to colonialism, class differentiation and modernity.

We welcome contributions on food, identity and social change: Why do we eat what we eat and why have different cultures and societies at different times eaten other things? What fosters social change to affect dietary patterns and changing identities? How can food offer the lens to understand the cultural and social affinities in moments of change and transformation? The topic offers an opportunity to excavate the past, to examine the present and to project into the future.

Anyone interested in presenting a paper at the ToRS 2014 International Food Workshop should submit a proposal of 300 words and relevant contact information by 1 April 2014 to Katrine Meldgaard Kjær (katrinemkjaer@gmail.com)

Don’t forget to submit your panels, posters and papers for Vermont!  Hope to see you there.

See you at the AAA Conference in November

We will be in Session #8689 on Sunday.  Here is a link to the preliminary program schedule:

Here is the abstract for the session:

This panel will address theory and methods that prove useful in overcoming the impediments inherent in reconciling quantitative dietary recall data with qualitative ethnographic observation of foodways.  We will share theories and practices that help illuminate these difficult but interesting spaces of disjuncture.  Instead of presenting these incongruous results as failure in the field, we will present current ethnographic examples, which will dig deeper into these seemingly divergent responses to find novel ways to apply theory as well as further anthropological understanding of how humans use and interpret their foodways.  Our work deals with the overlapping themes of: problematic food labeling and terminology, shifting place-specific identities (be that public/private or periphery/core), and issues of rejection and resistance made obvious by individual choices of foodways.

We represent undergraduate, masters, PhD candidate and post-doctoral level research on the understanding of human practice with regard to food.  Each of us incorporates a different theoretical and methodological approach in an attempt to understand these tensions between discourse and practice.

An Assistant Professor delves into the political economy surrounding contested discourses between NGOs and corporate food scientists as it impacts new food laws after public health scandals in Taiwan.  She looks at this from top down as well as bottom up points of view mainly focusing on traditional farmers and their re-definition of ‘authenticity’.

Our baccalaureate presenter will analyze the conscious consumer’s performance of morality in public vs. private coffee consumption utilizing a combination of Geertz’s work on symbolic meaning and Bourdieu’s notions of habitus.  His work also addresses methodologies for analyzing the abstract food terminology present in so many dietary recall questionnaires and surveys.

An M.A. presents her fieldwork dealing with disjunctures between the pre vs. post-race foodways beliefs and practices of endurance runners in California.  She deals with issues of body types and food beliefs and how those ideals are influenced by scientific hegemony as well as rituals of identity and rebellion.

Our doctoral candidate applies Bourdieu’s practice theory to the complexity of identity formation.  Her work addresses issues with dietary recall surveys and illustrates how the ‘simple’ tortilla can become a complex symbol of identity, which carries varying meanings at the family, village, state and national levels in Mexico.

We reference specific field situations in order to highlight the difficulty a foodways researcher faces when they encounter discrepancies between what people eat and what they say they eat.   We will not only present the data pointing to the incongruities, but we will share anthropological methods and theory that help to analyze these rich opportunities for ethnographic understanding. It is our hope that these ‘current engagements’ within our field sites will help anthropologists understand the ‘future publics’ formed by the adaptations occurring in these food communities.